Glucosinolates are molecules in a group of organic compounds particularly found in the Brassicaceae family (Cruciferae family). Rapeseed and colza belong to this plant family, but so do cauliflower, broccoli, Brussels sprouts, radishes and many other cruciferous vegetables. Some contribute significantly to flavor (pungent or bitter), some provide protection, and some are toxic (called phytotoxins) when eaten in large quantities. Glucosinolates cause the bitter taste in cauliflower and Brussels sprouts, among others.

Glucosinales are composed of a glucose, sulfur and a nitrogen group, as shown in Figure 1. They are hydrophilic substances, meaning that they are water soluble. Currently, there are more than 120 known glucosinolates. In general, glucosinolates, as well as their hydrolysis products, are harmful to certain animal species such as mammals, birds, insects, mollusks and worms, but also to humans. The health risks range from minimal risks such as decreased appetite and depression to decrease in growth and increase in thyroid function. The severity of the health risks depends on the concentrations of glucosinolates in the diet.

Such health risks would be mainly caused by the hydrolysis products of glucosinolates. As a result of chewing the food, the enzyme mirosinase is activated. If the plant is damaged or placed somewhere where it is affected by environmental stress, the substances are released and, if water is present, isothiocyanates are formed. However, a number of studies show that there are also positive effects on human health. They cause your body to produce more of a certain type of protein. These proteins help, among other things, to detoxify harmful substances in the body.

The European Food Safety Authority (EFSA) has concluded from research that some adverse effects on animals are related to the level of glucosinolates in their diet. In animal feed, glucosinolates are therefore considered 'harmful botanical contaminants'. The EU has included this in Commission Regulation (EU) No. 1275/2013 of December 6, 2013. This regulation states that the maximum allowable concentration of glucosinolates in feed, with a moisture content of 12%, should be 30 mmol/kg. The operator should therefore be able demonstrate this for feed materials and compound feed.

The existing method for the determination of glucosinolates is NEN-EN-ISO 9167:2019. This method has a long preprocessing time and contains a number of complex steps. Moreover, the method has not changed much since its first publication in 1992. However, due to developments in analysis techniques, it is possible to establish a better and faster method. TLR has further developed a method prepared by former RIKILT. The samples undergo a special extraction and are then analyzed using the LC-MSMS. This allows a number of difficult steps to be omitted and results to be available within 48 hours. Through this analysis technique, 20 individual toxic glucosinolates can currently be determined. These are reported as a sum, but also separately, on the analysis report that you receive from TLR after testing. This gives you a unique insight into the specific glucosinolates contained in the products and this allows quicker and more efficient prevention of any problems. 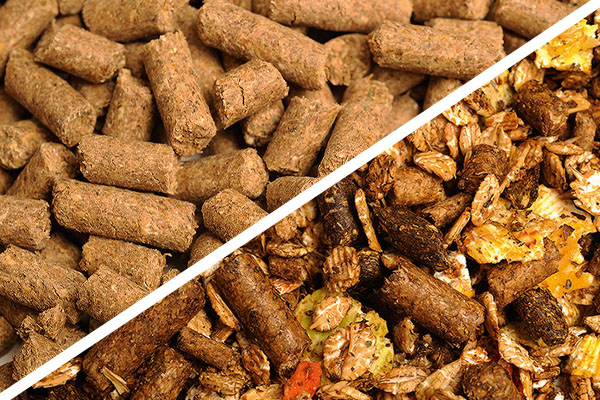 To be able to read the entire article, you must enter your e-mail address.

You will receive a one-time link in your mailbox.